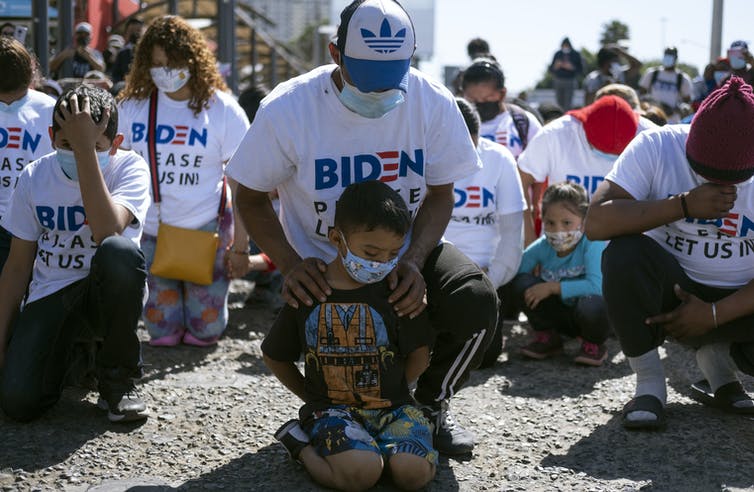 In a few months, an immigration officer will ask me several questions to prove my loyalty to the United States of America to determine my eligibility for American citizenship.

As I reflect on the reasons why I want to become a U.S. citizen, I can’t stop thinking about Jan. 6 and the perpetrators at the U.S. capitol who claim to be patriots but pose a threat to the reason I value citizenship the most: voting.

The effort of Trump supporters to stop the peaceful transfer of power is among the many recent and longstanding attacks on the guardrails of American democracy and it is predicated on the “Big Lie” that continues to intentionally erode our most important institutions and electoral system.

The problem we must wrestle with now is that the “Big Lie” that fueled the insurrection—coupled with racial resentment and grievance politics—is no longer just a fringe movement; it is the central organizing theme of one of our two major political parties.

Republican Legislators and candidates across the country, ranging from federal positions to local school boards, have led a majority of their supporters to embrace a toxic cocktail of conspiracy theories, blatant dog whistles and gaslighting over the shifting political, cultural and socio-economic landscape.

Echoed by a deeply entrenched, widespread and well-funded conservative media is the warning siren that our current political battles are not just policy fights but an existential war, which will serve as a dangerous recipe for another, potentially worse repeat of January 6.

Contrary to the American values of diversity and inclusion that have encouraged me to pursue citizenship, the GOP continues to escalate its false rhetoric and build an infrastructure that tramples voting rights, especially for BIPOC, young people and workers.

As we start a new year, now is a good time to reflect on some of the things we’ve learned in 2021:

The attack on our democracy is real and defending it is going to take all of us in Pennsylvania and across the country. We must oppose the Big Lie and protect voting rights by expanding and transforming the electorate in places like Harrisburg, McKeesport or Norristown.

We must resolutely stand together to hold elected representatives and public officials accountable to safeguarding, not upending voting rights. That’s the reason I want to become an American citizen and that’s why I joined the New Pennsylvania Project.

Laila Martin Garcia is the director of organizing for the New Pennsylvania Project, a statewide voting rights organization with a primary purpose of voter registration.