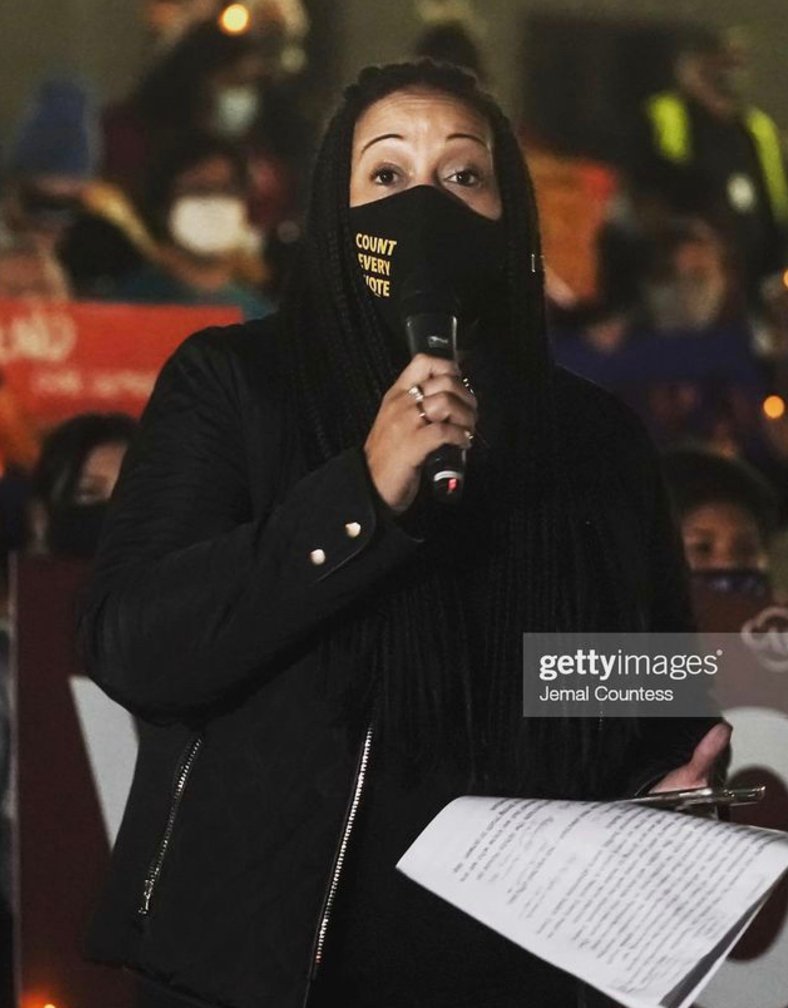 Kadida Kenner is the chief executive officer of the New Pennsylvania Project, a voting rights organization modeled after the successful New Georgia Project founded by Stacey Abrams in 2014. The New Pennsylvania Project’s primary focus is to civically engage, register, mobilize and empower often-ignored constituents, especially the youth, and communities of color in rural, urban, and suburban Pennsylvania to transform and expand the electorate in the Commonwealth. Kadida is a tireless advocate for social and economic justice issues and is motivated to empower and excite the electorate to enthusiastically vote in every election — all the way down the entire ballot. In addition to working on voting rights, Kadida also serves as co-chair of Why Courts Matter – Pennsylvania, an advocacy campaign seeking to protect the independence of our state and federal courts, and educate the electorate about their importance. The Temple University graduate resides in the Philly suburbs and counts civil rights organizing icon, and Pennsylvania native Bayard Rustin as her hero. 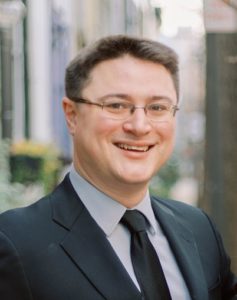 James Latta is the Chief Operating Officer for the New Pennsylvania Project. A lifelong resident of the city of Philadelphia, James knows the importance of registering, encouraging, and activating those who feel that they have no reason to participate in politics and government. James is passionate about building effective, impactful, and sustainable organizations that can do this important work, year after year. He has served in various positions in non-profits, politics, and government, most recently as Operations Director for the Pennsylvania Democratic Party. James is a graduate of the MBA program at the University of Pennsylvania’s Wharton School, and resides in Philadelphia with his wife. 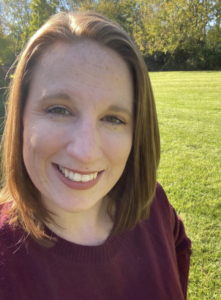 Katy Personette is the director of development and policy with the New Pennsylvania Project.

Katy is passionate about advocating for social justice issues and bringing that spark of activism and engagement on policies to folks in Pennsylvania and beyond. Previously, she was the Deputy Director of Campaigns with PA Budget and Policy Center, focusing on the We The People-PA campaign where she advocated for progressive policies including a fair share tax, adequate and equitable funding for K-12 education, fair housing and a fair return for work among others by calling for bold action from state lawmakers. Katy worked with partners and community leaders to organize and build power across the state to win economic justice and build a stronger, healthier, and more just future for all Pennsylvanians. Katy graduated from Kutztown University where she studied Anthropology and Sociology. After realizing her passion for political activism, she transitioned out of the corporate world and started as a statewide community health organizer for PA Health Access Network. Katy loves baseball, her favorite team being the New York Yankees, Coldplay and cuddling with her dog Nova.

Enid V. Santiago joins the New Pennsylvania Project as the Director of Organizing to expand her transformative passion for equity to a state-wide level.  In the past, Enid has served as the director of support services for Pennrose, the Senior Site Manager of SBM (Johnson & Johnson account), and multiple titles for JetBlue.  Enid has managed multi million dollar budgets. Enid is most proud of her community leadership and advocacy for equity across all spectrums. As a co-founder and board chair for SELF! LV, a non-profit that supports women in re-entry, Enid has led the organization through a trailblazing year with awards, nominations, and grants. Enid ran two ground-breaking campaigns for state representative that not only brought out a record number of voters for a primary, she elevated the discourse around representation in the Lehigh Valley.

Enid attended Bethlehem Area Public Schools. She has motivated communities to become involved in local politics and work collaboratively for the improvement of all. Women like her are not supposed to make it, yet she has broken all stereotypes and is looking forward to using her passion to mobilize Pennsylvanians to exercise their right to vote.

Enid was born in Guaynabo, Puerto Rico and is the proud mother of 4 biological children and 2 bonus children. Enid is working on leaving a better world and legacy her 3 grandchildren can be proud of. 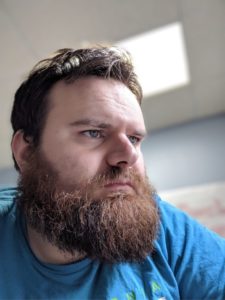 Ben Gillespie is the regional organizing director for Bucks and Montgomery Counties. Ben is passionate about engaging communities to recognize their collective strength and fight for justice, equity, and opportunity. He is a fervent believer in the power of the people over systems of oppression. Ben has worked on numerous political campaigns, many in the region that he now oversees. Before working in politics, he worked with adults with developmental disabilities. He graduated from the University of Nebraska-Omaha, where he studied Criminology and Political Science. 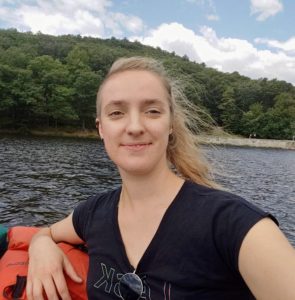 Kristi Rines is a Data and Quality Control Manager.

They were born and raised in rural Chambersburg, PA, where they enjoyed growing up on the swim team and having access to great state parks for hiking. Sadly, their hometown today is also the only municipality in the state of 71 to have passed and then repeal a non-discrimination ordinance, which provides explicit protections for ethnicity and LGBTQ+ identity. While they still stand with marginalized communities in Chambersburg, they are grateful for the opportunity to reside in Harrisburg and contribute to The New PA Project’s mission.

They received their BA in Communication & Rhetoric and Women’s Studies at the University of Pittsburgh, which helped develop their passion for media literacy and intersectional social justice, respectively. I spent about 7 years in Pittsburgh before returning to Chambersburg, where I completed a Master of Social Work at Shippensburg University. While they enjoyed a couple years in mental health therapeutic support, in recent years, she’s grown to love applying what they’ve learned over the last decade to community organizing and activism. Specifically, they are continuing to invest in racial justice, anti-sexual violence, LGBTQ+ rights, feminism, and pro-democracy movements.

Taiba Sultana is the regional organizing director for Northampton and Monroe counties. Sultana is a councilwoman of the city of Easton. She defeated 20 years incumbent, making a history for becoming the first Asian, Muslim, immigrant and first woman of color to be on the Easton City Council. She serves as a member of Governor Wolf’s Commission on Higher Education and as a member of the College Textbook Policies Advisory for the Pennsylvania State Board of Education.

In the past, Taiba has served as an executive member of the International Youth General Assembly and has been invited to international youth conferences as delegate and speaker. She also served as a member of Emgage PAC and the advisory council of the PAK Political Action Committee.

Taiba is a social activist and has been active with numerous campaigns and political organizations. She has extensive knowledge of political activities and has maintained a focus on current political issues at the local, state and national levels. 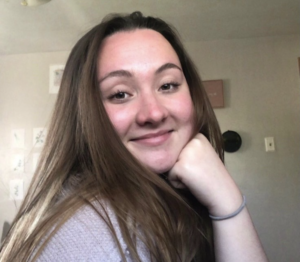 Katie Zemaitis is the regional organizing director for Allegheny County. Katie is a lifelong Pennsylvanian and has spent her life making meaningful ties in the region. She believes that energizing and mobilizing people to vote is the most powerful way to make change both locally and nationwide. Katie graduated from Allegheny College where she studied Political Science and Global Health Studies. After graduating, she worked with the Pennsylvania House Democrats in a first-of-its-kind legislative deep canvassing effort. Establishing meaningful relationships with voters and volunteers alike motivates Katie in her organizing journey. 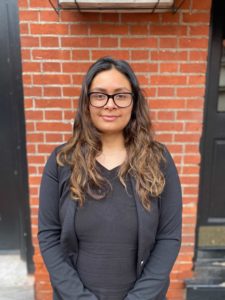 Nancy Lopez Sosa is the Deputy Director of Organizing. Nancy is passionate about mobilizing communities of color and advocating for social justice issues. Previously, she worked as a community organizer for the Farmworker Support Committee where she provided labor education to immigrant, Latino farmworkers in Southern Chester County, and mobilized them to advocate for immigrant justice and fair wages.

Nancy holds a Bachelor’s degree in Applied Anthropology and Latin American Studies from Indiana University of Pennsylvania. She was born and raised in Central Mexico and currently resides in Oxford, Pennsylvania. 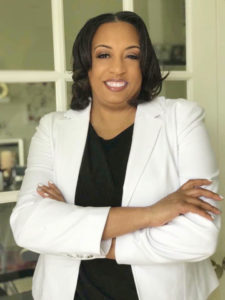 Dyneco Gibson is the regional organizing director for Chester and Delaware Counties. Her passion for community activism began in Rochester, NY where she mentored youth and volunteered as a Court Appointed Special Advocate (CASA) for children in foster care, worked in the disaster services department for the American Red Cross, and the Mobile Crisis Team where she assisted people who were having a mental health crisis.

Now a resident of Coatesville, Dyneco believes this work is important to her because she wants her teenage daughter to know that as a minority woman, her voice is important. And, for her to remember that African Americans and women did not always have the right to vote.

Dyneco is a lifetime member of the NAACP. She received her Associate’s degree from Monroe Community College in Human Services.